“Mr. Sen, this is Trina Roy. I went to your hotel last Tuesday.”

“Yes, I am calling you to ask if everything is ready or not? It will start tomorrow at 7pm.”

“Yes Ma’am. Please don’t worry. We are taking care of everything. You just relax.”

Though she said ”Okay”, she can’t stop worrying. How can she relax when she has been planning for this day for 2 months!

Yes, tomorrow is Valentine’s Day and it will be 5 years since she is with Shreyan. So this year she has planned to do something very special.  She has booked an entire hotel for tomorrow evening and instructed to get the hall decorated lavishly. She is planning to propose Shreyan for marriage. Everything is almost set. Once again she looks at the jewellery box where the diamond ring is kept. She just needs to buy flowers anda box of chocolates and everything will be perfect. She even rehearsed to kneel down and propose him with flowers. Excitement is reflecting from her bright face.

The only problem is that today Shreyan has called to meet her. She’s a bit worried whether she’ll be able to keep the surprise a secret from him. She is a bad liar and she has never kept anything (except this surprise) secret from him till now. She can picture how Shreyan is going to react tomorrow. It’ll be just like the 1st time when Trina said “I love you too” to Shreyan.

Shreyan was the hottest boy in the department.  With spikes, sunglasses, and cool shirt-jeans, he looked awesome. Almost everyone was fond of him. He was famous in college not only for his looks but also for his brilliance. He was amongst the top five students of the class. And Trina was the topper of the class. She was not the most beautiful girl in the class but she’s pretty. Trina still remembers how Shreyan used to look at her when she entered in the classroom. That tender sight, that smile can never be forgotten. Entire 1st year passed, they never spoke to each other. In the 2nd year they were in the same lab group. From then they became friends which led to love. On the next Valentine’s day, Shreyan called her in the garden of the college and proposed her by kneeling down. She still remembers that he had that box of chocolates and flowers. She was surprised at first. The most handsome guy of the department was proposing her! She felt a fresh wind blew past her. After a few minutes she said, “Yes, I love you too.”  And Shreyan’s expression was priceless. Almost everyone known to them told them, “Both of you are made for each other.” When Shreyan and Trina got placed, they decided to tell their parents about the relation and they accepted it.

Her train of thoughts gets interrupted by her ringtone. Ohh. It’s Shreyan.

“Hi. So Mr. Mukherjee is missing me?”

“Ahha Trina, I don’t have time for that. I am picking you up in 30 minutes. Get ready.”

“That’s rude of him. Now-a-days he often behaves like that. May be work-pressure.”, Trina waves away her thought and gets ready.

It’s almost 15minutes in the car and Shreyan is busy with phone. Finally he stops the car and takes her to the nearest park.

Just when Trina has thought of having a pre-VDay surprise, she’s told, “I can’t take it anymore Trina. We don’t have that chemistry anymore. I like someone else. Let’s break up.”

It seems to her as if the world has stopped moving. Everything stops moving around her. 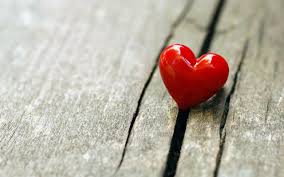 20 thoughts on “Love Is a Tricky Thing”

Be a part of my journey:

A Free Spirited Soul with no plans o settle down anywhere.

Traveler. Blogger. Bong. Indian. Software Engineer. Definitely not a Photographer. Mostly nice.
My life is simple- On weekdays: Eat, Code, Sleep; On weekends: Eat, Travel, Blog.
Want to be a part of my journey? Follow me here:

Check out the previous posts